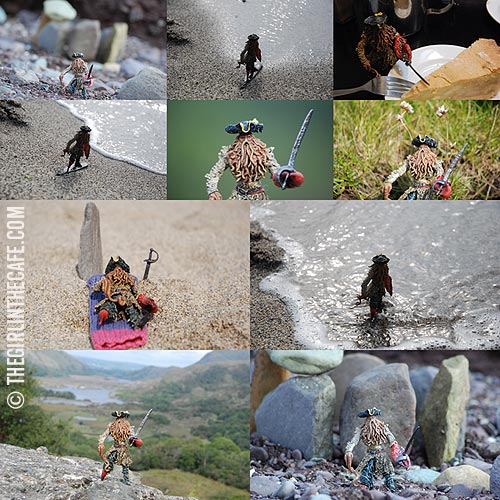 So from left to right, top to bottom:

Other Pirate news: Disney is currently developing a Pirates of the Caribbean 4. Captain Jack will return, but Davy told me that he wasn’t sure he would be in it. If he is not bothered, I might not be bothered to go and watch it, what’s POTC without the one Pirate.

Oh and yes I did some minor changes to the design here. Hope you like it.

And credit where credit is due:
The background pattern is a colour modified one from Squidfingers (which is a very appropiate name)
The coffee cup is a slightly modified version from PSDTuts.
And the blue hearts background in the header have been inspired by several other patterns. I am still tinkering with things but I quite like the colour scheme.

5 thoughts to “Must Love Pirates”