The Twelfth Night with Derek Jacobi 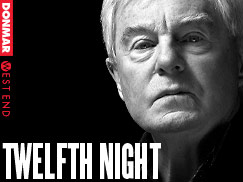 I will be very busy the coming months but I will try to keep this blog updated. Especially the film shoots are going to be interesting. And I have never been in Wales before either, they have an interesting language there. Willy-nilly.