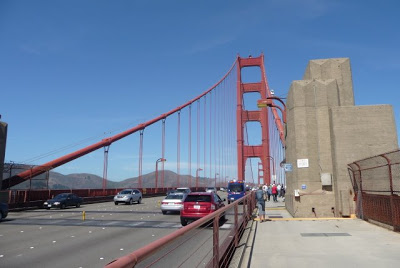 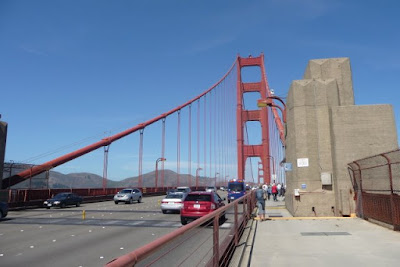 Is it me or are people on the west coast of the US just friendlier than the ones in New York? I spoke about this with two ladies from the US and they agreed. In New York everyone is in a hurry, they don’t have time to be friendly. Here everybody seems friendly. Is it the weather?

Well I certainly get in a good mood of this weather, the weather today was perfect, perfect to bike the bridge.

I left relatively early as I wanted to make an early start, but then I discovered the sea lions at Pier 39 and I was sold. They were so so cute, and there were so many of them, I could watch them for hours. When I finally got myself dragged away from them it was a bit later than planned, but I was ready to bike the bridge.

Again, if you ever get to San Francisco, this is the thing you want to do. I admit that there were some stretches that were a bit steep (the bridge is high, and you need to get on top of it to cross it) but once you are up the views are spectacular. It is a fantastic trip, I ended up cycling to Sausalito where I had lunch and I took the ferry back from there to San Francisco (which was a lovely sailing trip too!).

After another visit to the sea lions and a beautiful purple sky, I am now ready to sleep. And so are my legs! 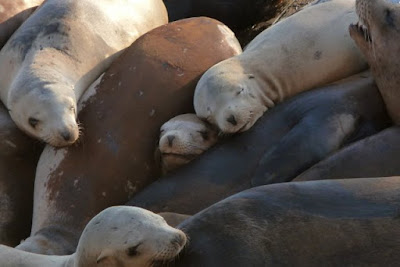 The thing I learned today about the sea lions – you can distinct between seal and a sea lion by looking at the ears. Sea lions have tiny ears, seals don’t. I had no idea.

Here are the photos. (Expect a lot of sea lions, and a lot of bridge!)