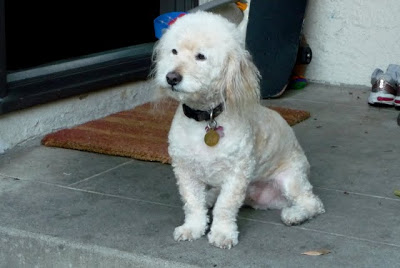 A final wrap up post with the very last photos of San Francisco. 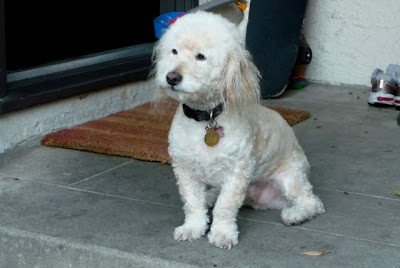 No further comment needed, this is indeed a very cute dog! 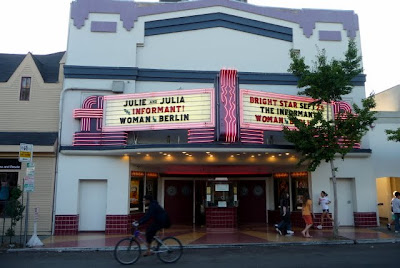 I had plans to both visit cinemas in LA and San Francisco, but the weather has been so marvelous that I better liked to be outside. I also found the cinemas in LA a bit too touristy. The Elwood cinema in Berkeley however looked so wonderful that I simply had to check it out. 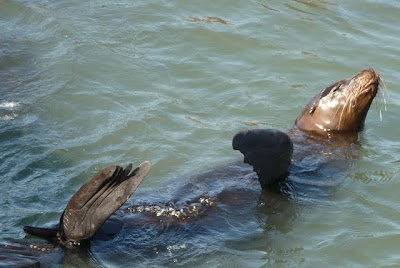 And on my very last morning I had the choice between trying to get on a cable car or saying goodbye to the seals. Well that was not a hard choice, who needs cable cars!

Here are a couple more photos.

Things I liked in LA:

Things I did not like so much about LA:

Things I liked in San Francisco:

There wasn’t anything I didn’t like in San Francisco.

And if you have the patience I can highly recommend you the train ride from Los Angeles to San Francisco on the Coast Starlight. The price for a seat (which lots of legroom) to SF was $52 and the views along the coast were fantastic. If you have more time you can continue to Seattle on this train.

It’s back in London now, where the weather is still perfect and where I had a lovely bicycle ride into work. And I am not complaining, in about 53 days I am off to New York to see a thing or two. Like, on stage. Phew, I like the poster! Let it rain!