On Friday I stepped on the plane to Aarhus, 24 hours later I was back in London. This was a final visit to clean up the 12 boxes of Danish life I still had left there. After not having seen their content for 2 years now, it was time to sort it out and move on.

END_OF_DOCUMENT_TOKEN_TO_BE_REPLACED

Imagine this : at 5.00 am, when London is quiet and empty and beautifully peaceful, and the sun is about to rise – you are sitting on the first floor of a red doubledecker, in front of the window. This bus takes you on a fantastic ride through slowly awakening London. There is nearly no traffic, St. Pauls is as beautiful as ever in this shimmering morning light, and suddenly standing up this early wasn’t bad at all. I might even do it again.

END_OF_DOCUMENT_TOKEN_TO_BE_REPLACED

I officially passed the 3 months in London border, and to keep it short London is home. I took 2 bags with me when I came here, and all the important and neccesary stuff was in it, carefully selected.

But I am beginning to miss some of the things that didn’t make through the first selection. And in stead of buying them again here and have everything double when my stuff one day gets shipped to the UK, it was cheaper to buy a plainticket to fly over to Aarhus and get it. Sunglasses (London today : 24 degrees and sunny), had-to-leave-behind things like DVD’s, certain books, my WIndows XP installation CD, a decent raincoat (not needed yet, but the day might come) and some other practical things. And I also need to pick up some post at my old address. And I am dying to get my Lawless Heart home.
END_OF_DOCUMENT_TOKEN_TO_BE_REPLACED

I have been to quite some concerts, but this definetely was one of the best ever, if not the best. I once saw a concert with Jamie Cullum on tv, and I admit, that you quickly can get the impression that he is one spoiled brat. The way he is moving around stage, his jumping from his piano, his dancing around on stage and all that. But giving the guy a second chance – this is not a spoiled boy. This is an extraordinary musician with the passion for his music running through his veins. And I happen to like people with passion.

All the fine people of Århus came to this concert, in their nice clothes. The musichall was sold out, and I was curious about where this was going. After half an hour, the men had taken of their jackets, all women were screaming and everybody was standing and dancing and clapping. There was this rare connection between the artist and his audience, and I am sure that everybody could sense that, both on and in front of the stage. There was truly magic in the air.

Yes Jamie is a Londoner. And yes I would have bought a t-shirt, if they had accepted credit cards, but they did not. And no this wasn’t the last time I have seen him live, that’s for sure.

let London come to you.

I know that several people are going to puke (again) because of my music taste, I couldn’t care less. Thing is that this Brit (and Londoner too if I’m not completely mistaken) has been entertaining my ears for quite a while now, and I would glady let him romantisize, the beauty of their London skies . Especially live.

And when you make an album called “Catching Tales” you can’t do any wrong with me, that’s what I do for a living. I look forward to see and hear him in Musikhuset tonight. Probably the last concert in that beautiful place (very good sound, and very nicely designed), for a long time (never say never).

Nothing is certain except everything you know can change,
you worship the sun but now,
can you fall for the rain… 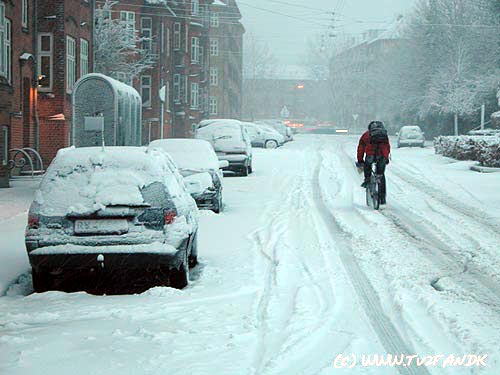