2 more reviews:
Dan liked her
Bjorn did not

The Americans just gave her 3 Emmy’s (Best film, Best script, Best actress (Kelly MacDonald) – I know Bill is missing here, he wasn’t even nominated, but we all know that he made the film – Best film).

If you like to find out what you think, go.

Love can?t change
what?s wrong in the world
But it?s a start 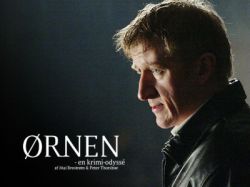 "Love this. https://t.co/LTL8y1q14u"
"Be curious. Not judgemental. #TedLasso #Wisdom #BarbecueSauce [if you haven't seen Ted Lasso yet, please do. It'… https://t.co/GVMvXTDEm8"
"How cool would it be if a meerkat would suddenly pop up from a hole in the ground. #mars https://t.co/swKbtAqtkY"
@girlinthecafe