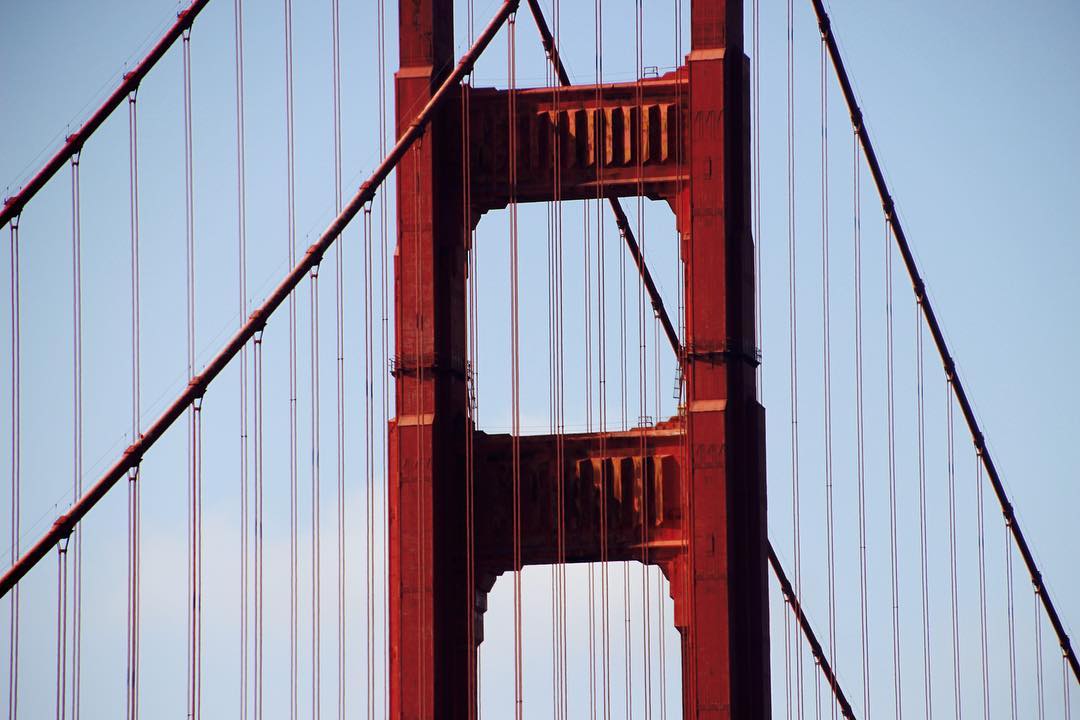 You have probably seen a kazillion photos of the iconic awesome majestic beautiful Golden Gate Bridge but things I learned today:

The bridge is named not for its hue, but for its location. It’s built above the Golden Gate Strait, the entrance to the San Francisco Bay from the Pacific Ocean. (I never could link golden to the colour of the bridge but now it makes sense ?) During construction the Navy, concerned about visibility for passing ships in foggy conditions, pressed for black and yellow stripes to be painted on the Golden Gate Bridge. The Army Air Corps pushed for a more festive candy-cane combination of red and white stripes to make the bridge more noticeable from the air. Both didn’t happen! (Would have loved to see the candy cane one tho!) The Golden Gate Bridge’s signature color was not intended to be permanent, it was the color of the rust protect primer the steel was coated with when delivered. However architect of the bridge Irving Morrow liked the colour so much he fought to keep it and succeeded! (Awesome)